These notes came from watching a show with Gary Player.

There are many ways to set-up to a back-swing, different alignments to target, on plane of off (Like Furyk or Nickalaus).  But there is only one way to begin the down swing – finding a way to shift weight to the left

the KEY: is to rotate your power base which lives between your knees and elbows.  This is your core.  It’s all about your gut. (and your glutes apparently) 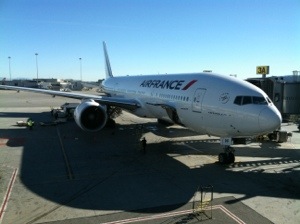 Some random notes from watching a Golf Channel show on full swing basics earlier this year.  If you missed it since my last entry a week or so ago – I’m clearing out my notebook of handwritten notes and observations from throughout the year under the moniker “Retro-Entry” (self-indulgent yes but useful in helping me track my progress and thinking as I plan for 2015. Plus, sometimes things stick better when you write them down).  Oddly enough, getting better at planning my golf improvement regimen was one of my 2014 new year’s resolutions.

These notes were taken back in January 2014 when my attitude was very keen.

See – there’s hope for everyone (added later included older players like me – so perhaps I’m not chasing fool’s gold after all – great tune BTW – “Fool’s Gold” that is.  Eighties tune I think but can’t remember the band).

Also – Gary Player is very funny.  Some of his quips when talking to Martin Hall during an outdoor special had me rolling in stitches.  The guy cracks me up.  What a nice guy funny guy!  Who knew!

haven’t had a chance to do my full routine last week or this.  missed running.  it’s been raining cats and dogs in NoCal lately.  But the couple times I was able to practice putting last week boy were those green lush and “carpet-like”.  AND I started employing Grateful Golfer’s advice and just did the cardinal numbers routine…. in other words placing golf balls like cross-hairs (12, 3, 6, and 9 o’clock lines) around the putting hole from 3, 6 and 9 feet. Mostly 3 & 6 feet. And trying to make all 4 in at each distance in a row or all 3 balls in 1 line in a row or just all the balls from a certain distance in a row for as long as I can.

I overlayed my other two techniques (borrowed from others again – my training seems to work that way…) – of determining where the true-north or 12 o’clock position is and then judging in which of the 4 quadrants my ball was sitting (in case i wasn’t perfectly aligned when I placed them down) and using the standard (somewhat predictable but not always perfect) information from that data to judge my line with the intent of getting my ball to drop in from the 12 oclock north point on all putts.  So if I was in the NW quadrant (from 9 – 12 oclock) I know the ball will want to curve in from left-to-right as it approaches the hole and vice-versa if I’m putting between 12 oclock and 3 oclock, etc..  The trick is to read how the clock face sit right.  If you miss-read your true north point the ball won’t behave properly.  BUT the good news is, the balls behavior can also help you work backward to find your true north point after a few strokes – so you can get it just right.   Once determined, I find this to be a useful tool and one that can be employed with consistency and accuracy.  Which makes me feel this could be a “keeper” routine.

It worked well.  Enough so to give me confidence.  It really solidified my sense of “Hey, I’m getting in a good routine!!”

I also got a new putter but I’ll talk more about that later.

Otherwise – I’ve been amiss with my blogging, retro-blogging, and practicing just because of holidays and stuff.

On the Mental & Psychological Front:  Plus a couple days last week I was completely in the dumps.  I felt like I was getting no where with all my practicing.  Not because the putting drills weren’t satisfying but because I’m still just working on my short game.  Nothing yet on long irons or drivers.  It feels like I have such a long way to go (pun intended). But sometimes I guess that’s the pain of being persistent.  I really felt like I was wasting time and like I should just give up this whole thing about pursuing golf.  I have no idea where that sentiment came from but it came on strong.  I just wished I was further along in feeling like I was reasonably competent to actually play a full round of golf.  I mean, I haven’t even gotten into getting the basics on the rules and crap for crimmenies sake!  And I’ve been actively pursuing the sport for over a year with commitment and easily two years off-and-on.  So I devolved a little bit.

And then it passed.  But I haven’t picked up a club for more than 4 days which is irregular – but my passion is coming back.

I really need to get lessons and maybe find a practicing buddy.

I gonna start jotting down my resolutions for next year but lesson, i think, finally have made it to the top of the list.  I think self-enlightenment is a good thing but sometimes it’s better to no make it so hard and follow some poignant professional advice.  My daughter reminded me of that as she continues to excel at track and viola playing.  When in doubt – seek out help from those who know even when you want to be your own self-created super-hero.  Or, at least be open to instruction.  Right?  right.

Addressing the ball.   I wonder where there phrase came from.

Nick Faldo (according to one of the Golf Channel shows) says you should stand like you’re on the Balls of your feet.  Almost as if you’re tipping over.

I remember trying to do that – and I get the idea that you want all your joints – everything that is spherical I guess – to be aligned so I guess that makes for a much more fluid motion.

But I also read (later during the year) that you should plant yourself firmly and feel the heels of your feet solid on the ground.  That was from the Hogan book on Five Fundamentals.  So I don’t know about this.

Perhaps Tom Watsom says it best, and his suggestion works in both instances – that you should feel springy and ready for action like you could quickly pivot or jump in any direction.  He likens the address position to something like guarding another basketball player while he’s dribbling or standing in the outfield getting in a ready-position to scramble for a hit that goes in either direction – left or right.  It’s that ready-for-action-ness and ‘aliveness’ as Hogan refers to it, in the lower legs, that I think he’s going after.

I still need to figure this out and how best to get my hips aligned with my shoulders and balls-of-my feet.

Really.  [note to self added Nov 30 – yeesh sometimes I start fussing and feuding about how complicated this sport is to learn – I guess this is one of those moemnts….yowzers!!]…… And this is a sport that would should be able to pick up after a few lessons?  I don’t think so.  All we’re talking about is addressing the ball and that’s like ½ or 1 percent of the things I need to be aware of – this is not a sport for the faint of heart!!!.  And anyone who thinks this is a lazy sport doesn’t know what they’re talking about.  I think this sport is harder than most to assimilate.  And let’s not talk about the fact that it is rarely played on the same surface with identical weather or identical layouts (as in tennis courts, basketball courts, even football field – although they play in all kinds of weather as well) as in other sports.  Maybe I’m a little sore – but it tweaks me a bit when I say I play golf and people look at me like it’s not even a sport.  Bah and Humbug to them!

Here’s a link to a website that goes into detail on how to set up properly.  I snagged some of the photos I used from here – FYI.  Check out the various posture set-ups and guidelines below.!!

Dave Leadbetter demos how to get into position

Aligning the shoulders, knees and balls of your feet

Duke Ellington used to have a steak, a potato and a warm glass of water for breakfast because he didn’t know when he’d eat again during the day.

I heard that at the beginning of the year while on the training commuting during a radio show on KCSM and thought maybe there’s something to drinking a warm glass of water in the morning to start your day (before I have that cup of coffee).  Maybe this could be a good ritual or practice routine.

Since then, I’ve started the habit of having a warm glass of water in the morning.  Sometimes before coffee, usually after and usually with a bowl of oatmeal.  I’ll do this when I get to work.  I’ve heard from (many of my friends in….) the Asian community that having a glass of water (warm) is good for the body.  It wakes you up and wakes up your body.  Plus it helps with memory and brain functioning.  I even remember hearing Howard Stern uses it – and ,think what you may about his radio show, he’s one of those maverick personalities that seems to chart his own path, something I admire and he’s withstood heavy obstacles to get to where he is so I take that into consideration and figure all these data points point to something useful. [added comment nov 30th – i know these are dis-jointed data points and i haven’t listened to Howard in a long time but it’s weird how my brain works and associates data some times.  i’m a little like “HUH?” myself – but I guess i have no one to complain to but my younger self – haha]

Takeaway pointer – a tall glass of warm water in the morning is a good way to start the day.

A Warm Glass of Water is a Good Day Starter

Added Comments Nov 30th:  In retrospect this is the beginning of me thinking a little bit more about what I eat and how to stay thoughtful about my nutrition as it relates to my long term ability to play golf – including avoiding chronic age-based diseases that are preventable if you eat right – not to mention keeping my joints happy.  Plus I think I drink to much caffeine as it is.

Epilogue – Now, when I get to work, I have a bowl of oatmeal and a tall cup of very warm water before I have any coffee.  I sustains me right through lunch and I’m energetic and alert.  It’s a good routine.